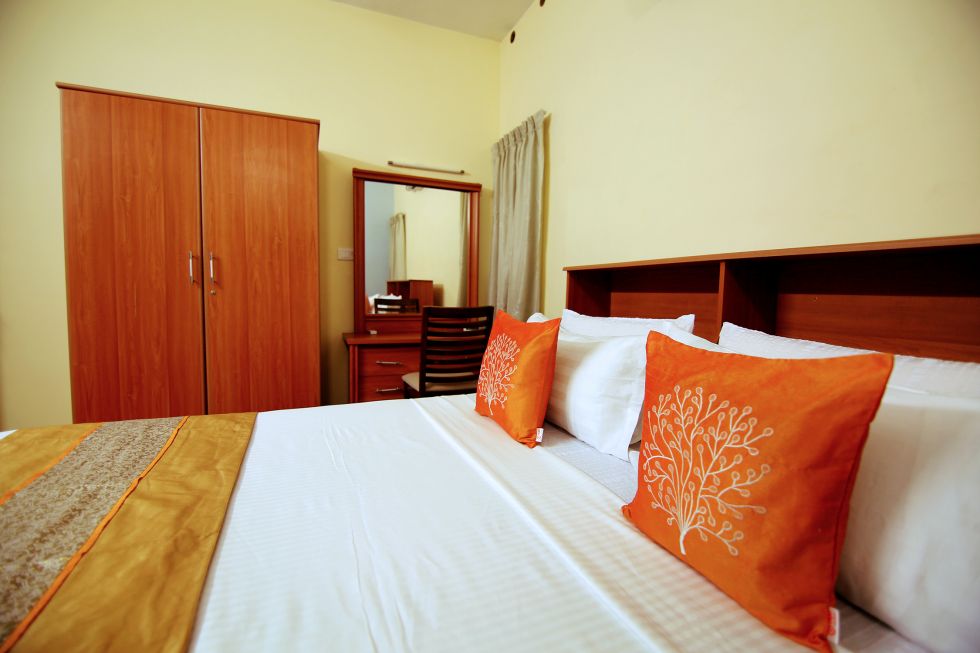 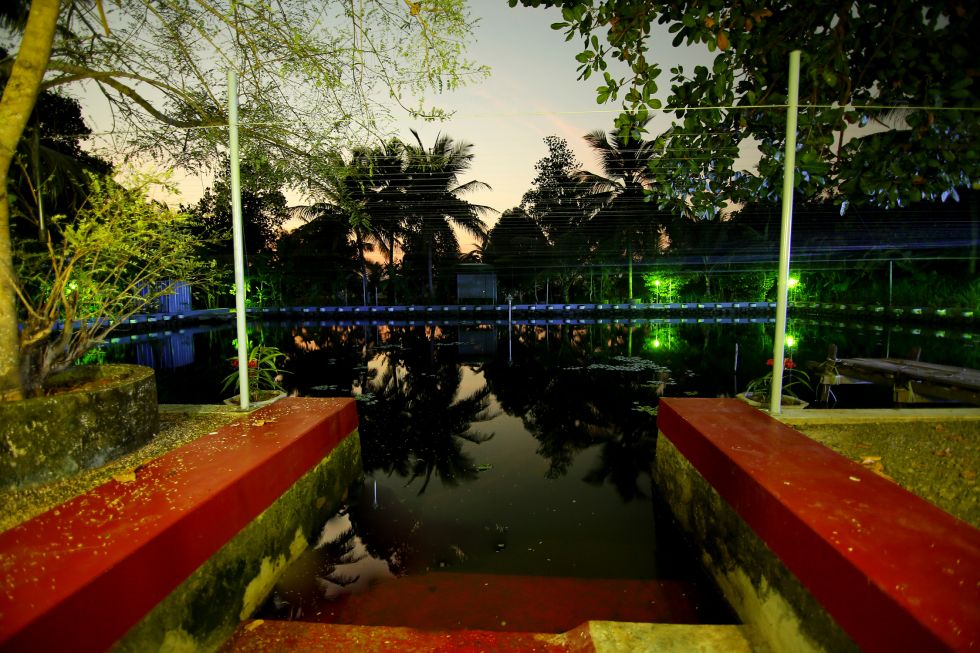 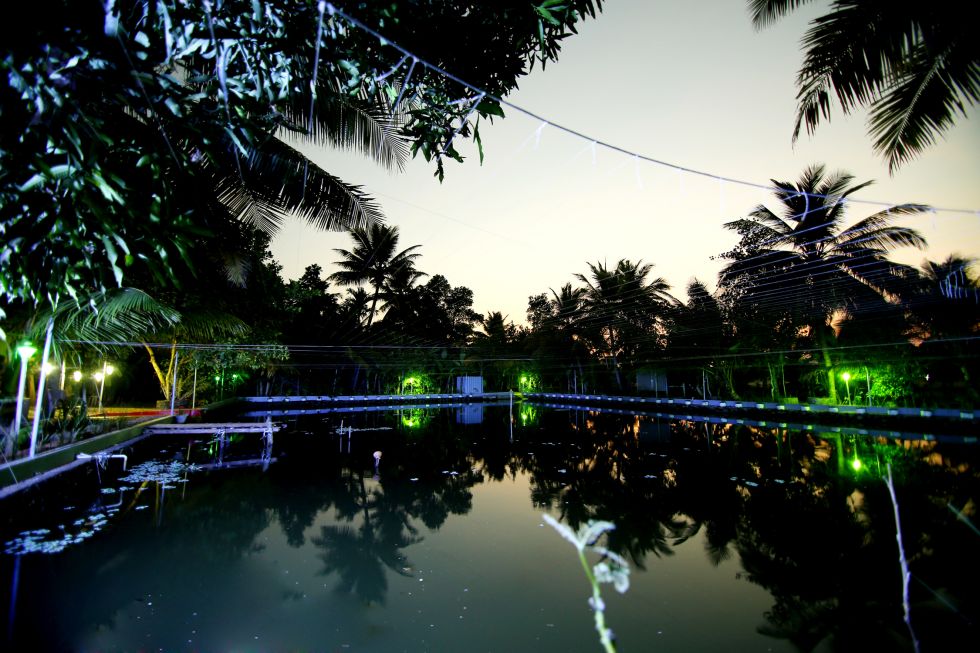 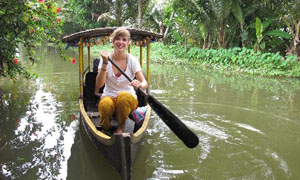 Alleppey is a town with picturesque canals, backwaters, beaches, and lagoons where one can enjoy the slow boat cruses through the canals stopping along the way for fried bananas, fresh fish, coconut beer and sweet fresh coffee. Via this you can know the beauty and simplicity of the local village life. 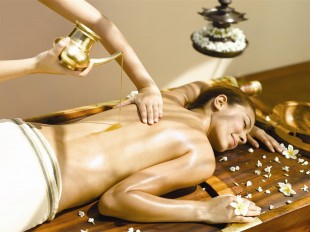 This relaxing and refreshing full body massage is a masterpiece of Kerala Ayurveda. It is done with medicated herbal oils by two therapists in a synchronized manner for 45 minutes. The number of strokes and pressure vary with the condition of the individual. This massage is indicated daily to prevent ageing and degeneration. This seven-position therapy will treat the whole body physically, mentally and emotionally while balancing the doshas. Its rhythmic motion helps to relieve joints and muscles from stiffness and helps in freeing body movements. This stimulating treatment increases blood circulation, which in turn encourages quick removal of metabolic wastes, while providing relief to diseases such as anxiety, fatigue, circulatory disorders, arthritic problems, backaches and injuries. The effects of both are compounded since the heat and steam allow the medicated oils to seep into the body and nourish from the inside. 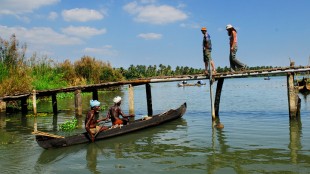 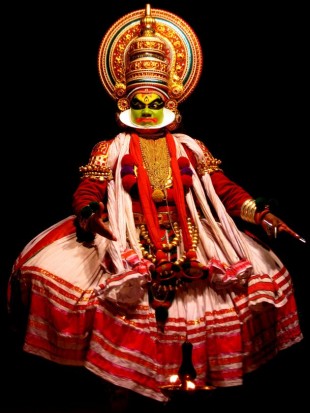 Cultural Programs in Kerala are an integral part of the social and cultural structure and every community, Every religion has something to celebrate about all through out the year. We heartly invites you to be a part of our rich culture and experience the world’s greatest art forms.

Kathakali is a group presentation, in which dancers take various roles in performances traditionally based on themes from Hindu mythology, especially the two epics, the Ramayana and the Mahabharata.

Koodiyattam meaning “combined acting,” signifies Sanskrit drama presented in the traditional style in temple theatres of Kerala and is the only surviving specimen of the ancient Sanskrit theatre . It has an attested history of a thousand years in Kerala.

Thiruvathira Kali is a group dance by young ladies of Nair community on the night of Thiruvathira of the month of Dhanu in the Malayalam calendar, corresponding to December in Christian era, till dawn, singing in praise of Lord Shiva. 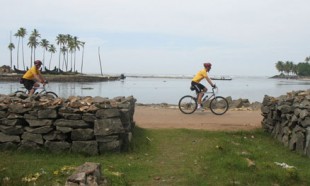 Cycle ride along the canopied banks of the river is a refreshing experience. Black Water Villa arranges cycling along the narrow strips running through the lush paddy fields, to provide the guests an opportunity to feel the pulse of the Kerala countryside. 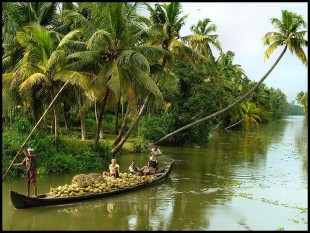 Visit the village in which the home stay is situated. You’ll be able to interact with the local people and witness life in this rural setting. Walking around the paddy fields explore more interior parts of the village.The low land of Kuttanad is under water, and it is one or two meters below the sea level. Farmers create bounds around the paddy fields and pump out the water with motor pumps before cultivation. People live on these bounds and Cultivate coconuts, plantains and vegetables. 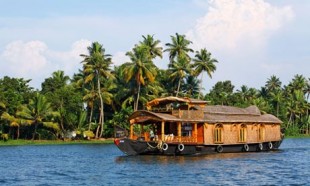 Alleppey houseboats in Kerala, south India, are huge, slow-moving, exotic barges used for leisure trips, a boat now re-incarnated as your floating home, away from home! A floating holiday on the backwaters highway on these houseboats will take you to an amazing world of delights and tranquility with a blend of nature in its entire traditional splendor pampering all your senses and rejuvenating your body.